Is this a Game Changer for future development. What will happen to current Balance sheets if licensing moves to consumers

I have long held the view that residential care needs to move to deregulation.  A system that allows providers to develop business cases to support new development that is non reliant on the annual lottery of ACAR.   One of the barriers has been that current providers hold the value of bed places on their balance sheets. ( Even though there was no cost to them in obtaining the licenses, there is a value at the point of sale. ) So if we move to a deregulated system, where the is no ACAR ( as is now the case for Home care), where does that leave the industry.

The extract below is taken from budget commentary and are not my personal views.  However the context of the these views need to be discussed

The government has backed the Tune Review recommendation to put residential aged care places in the hands of consumers, the 2018-19 Federal Budget shows.

The Government will provide $300,000 to explore allocating residential care places to consumers rather than providers, according to the Budget handed down by Treasurer Scott Morrison last night.

The government said it provided in-principle support to putting residential places in the hands of consumers, which is a key feature of the Aged Care Roadmap and a recommendation of the 2017 Legislated Review of Aged Care led by David Tune.

The analysis will assess the potential impacts on consumers, providers, the financial sector and any changes to the system that may be required. It will also pay special attention to how the change would impact rural and remote areas that have limited choice and competition, according to the announcement.

The government announced the aged care budget would grow by $5 billion over the next five years, which is in line with recent trends of around an additional $1 billion of aged care expenditure annually.

Among measures announced in the budget package are 13,500 residential places, 775 Short-Term Restorative Care places and $60 million in capital funding for new residential places in the 2018-19 Aged Care Approvals Round.

The new residential aged care places combine targets for 2018-19 and 2019-20 according to the budget papers, which show 7,300 fewer residential places in 2020-21 than what was tabled in last year’s budget.

This year’s budget estimates 204,700 aged care places at the end of this financial year, which falls short of the 209,700 target in last year’s budget papers.

As part of measures to minimise its risk in guaranteeing refundable accommodations deposits, the government said it would go ahead and introduce a compulsory retrospective levy on residential services, where defaults exceeded $3 million in any financial year.

The Tune Review and the Aged Care Financing Authority both recommended that providers should pay toward the Accommodation Payment Guarantee Scheme.

The measures, which will cost $4.8 million over two years, also include developing strong prudential standards for bonds held by providers and raising government’s capability to better reduce the likelihood of a claim and protect the growing pool of refundable payments, currently around $23 billion.

Responding to the long-standing concerns around a lack of access for residents to psychological care, the budget provides $82.5 million over four years for mental health services for aged care residents, along with $20 million over four years to trial nurse-led mental health services for people aged over 75 experiencing social isolation and loneliness.

The budget also contained $32.8 million over four years for a trial to improve palliative care for aged care residents but that initiative is contingent on state and territory governments matching the funding.

The government will also provide capital grants to the value of $40 million over five years for aged care facilities in regional, rural and remote communities.

Elsewhere in remote aged care services, the government will provide $105.7 million over four years, including $32 million from within the existing resources, to support the National Aboriginal and Torres Strait Islander Flexible Aged Care Program for residential and home aged care services in remote Indigenous communities.

National Seniors Chief Advocate Ian Henschke gives Seniors insight into staying in their own homes as they age.

Contact us today to discuss how we can partner together to ensure your success against the most frequently failed Aged Care Quality Requirements. 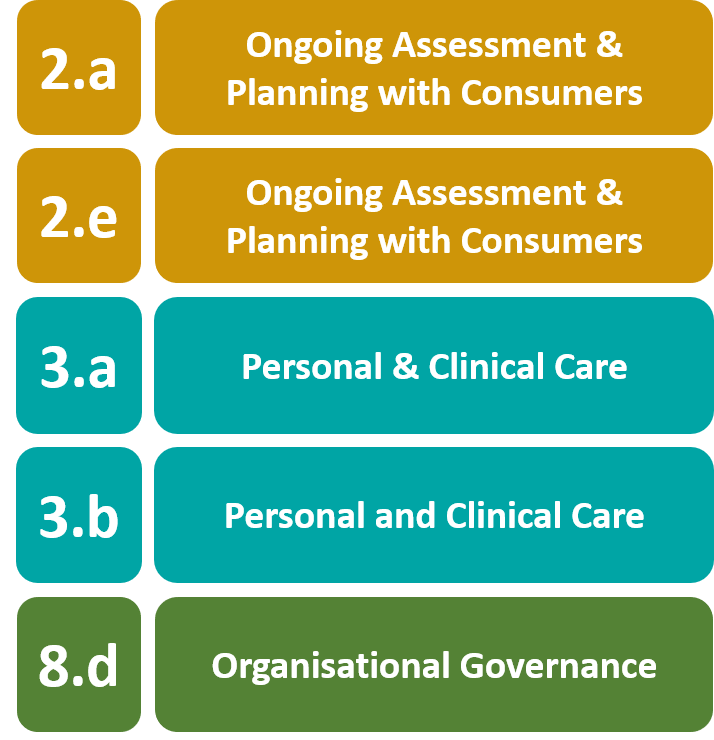 ACMA provides proven, professional advice and support to Aged Care Providers in a range of specialised areas including:

ACMA are trusted by providers across the country to maintain or recover non-compliance, develop stronger clinical and governance systems, and to improve business outcomes.